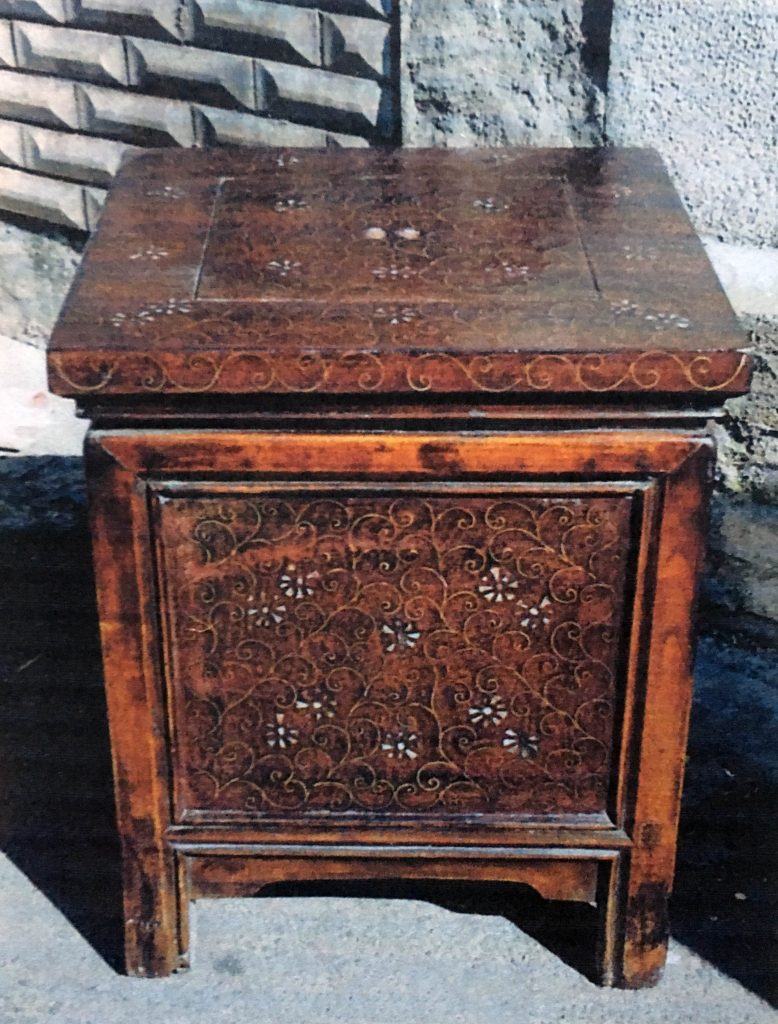 This is no ordinary bean chest.  It is decorated on all sides with inlaid sharkskin petals and reverse twisted brass wire like flowers on twines.  It has a big square lid in the middle of the top that when lifted by a small hole, exposes the storage space inside.  A bean chest was usually placed in the women’s part of the house.  This sumptuously decorated bean chest must have been made for an aristocratic household which can afford such an expensive piece to store a most important staple in the Korean diet.

The chest was found after the Japanese Occupation on Kang Wha Island, a political prison colony for the Kingdom of Korea for two thousand years.  This was where many members of the elite class in disfavor with the Court were sent into exile.  This chest was recovered by an American missionary doctor who was invited to go to the prison to treat the sick and the dying.  He was allowed to take away any items the exiled took there as the ruling class did not care for anything belonging to the prisoners.  The piece was later passed on to a Korean Professor of Korean History and Antiquity, who certified this chest as rare.