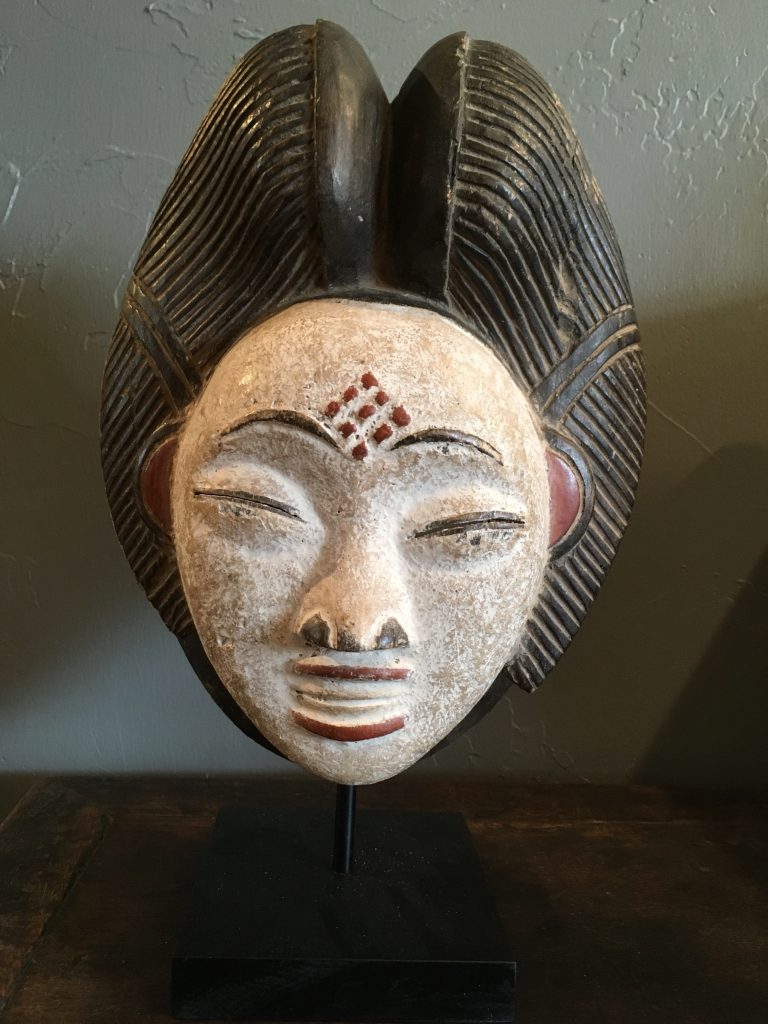 This “Okuyi” mask, a variant of the “white masks of Ogowe”, originates from the Punu/Lumbo in southwest Gabon.  It represents an idealized female face.  This is indicated by the scale-like scarification patterns on the forehead, consisting of nine red dots arranged in a square or diamond, which, according to field researchers, have a sexual connotation.  Another sign of female gender is its coiffure, which has the hair piled high on the head and arranged in two braids at the sides.  This hairstyle was still used by women in this region at the beginning of the 20th century.

Wearers of these white masks would officiate at funerals where they dance as embodiments of the spirits of female and male ancestors.  In performances the dancers, wearing costumes of raffia or cotton fabric and animal pelts, move with amazing agility on stilts up to 6 feet in height.  The performers of such masks are nowadays intended primarily to entertain audiences on festive occasions.  This mask is an authentic one found deep in the jungle of Africa and not in a tourist souvenir shop.  When a mask like this was first discovered and exposed to the Western World, it was highly valued.