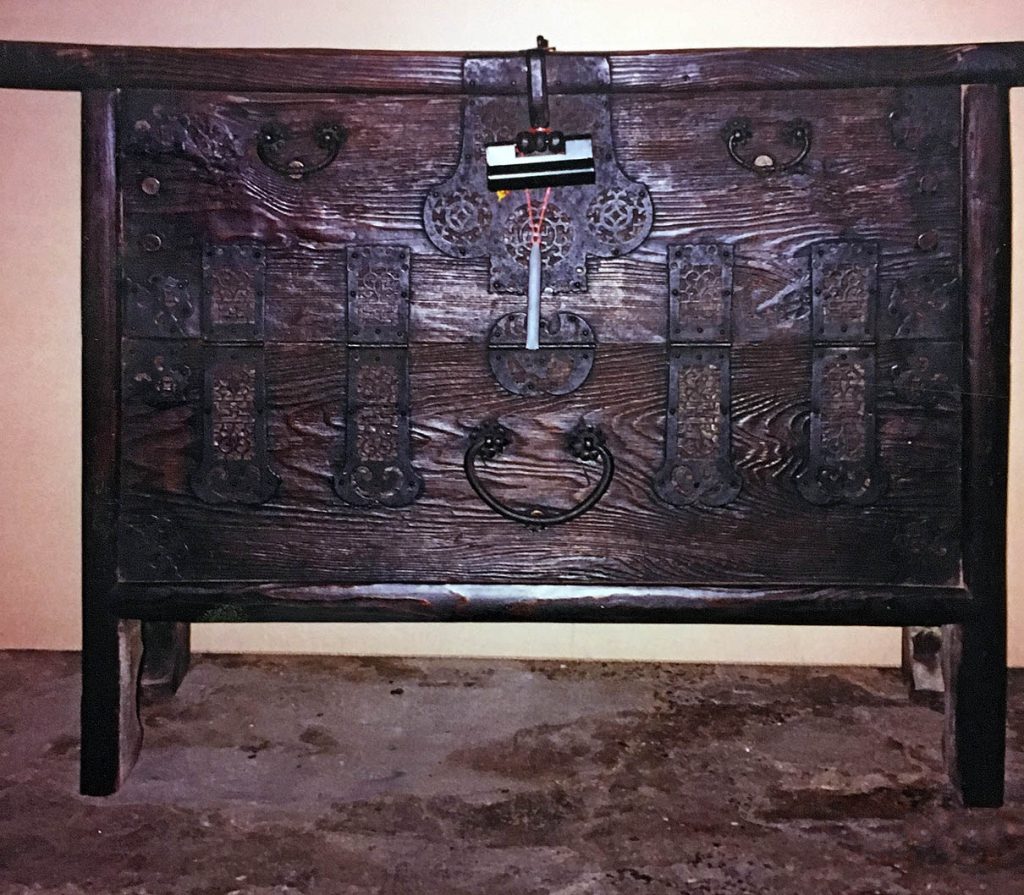 This chest is made from a Zelkova that has so many impressive grain patterns resembling coiled dragons that the Korean craftsmen named the wood “Dragon Wood”.  This wood was the highest prized wood in both Korea and Japan as the dragon signifies a heavenly king.

The iron metalwork is all hand-carved, each piece artistically carved from a thick piece of metal not seen on furniture made in Korea today.  The motifs of the swastika, bat, coin, ruyi, and swallow tails are all age-old auspicious ones, conveying hope for wealth, perfection, happiness and harmony to be granted from a heavenly king.  The use of the unpretentious iron conforms to the taste of the elite literati of the time who were adherents of Taoism and Buddhism.  Iron symbolized strength, purity and practicality to them.

This book chest was found after the Japanese Occupation on Kanghwa Island, a political prison colony for the Kingdom of Korea for two thousand years.  It was recovered by an American missionary doctor when he was invited to go there to treat the sick and the dying.  He was allowed to take away any furniture the exiled took there as the ruling Scholar/official class did not care for furniture.  For his humanitarian work, the doctor was honored with Korean citizenship.  He spent the rest of his life in Korea.  This chest was later passed on to a Korean Professor of Korean History and Antiquity who certified this chest as rare.