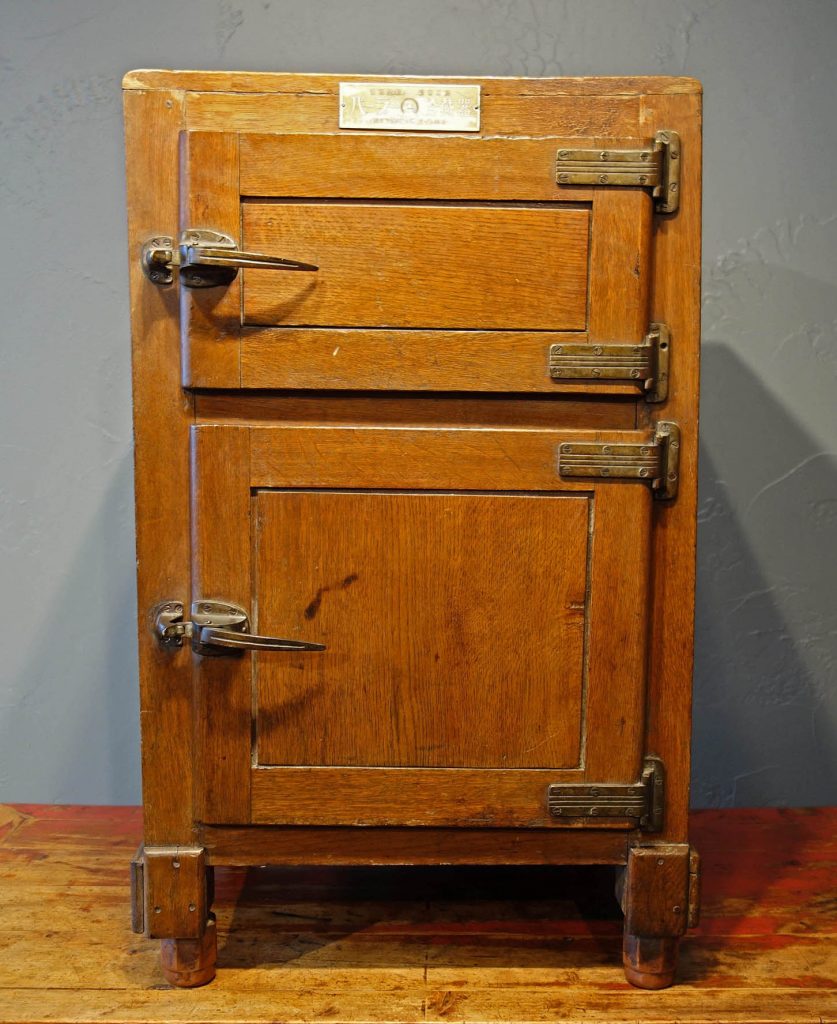 This box was found in China after the Japanese occupation.  An original “Ice Box” manufacturer’s metal name-plate in Japanese is attached to the frame of the chest.  The inside has old original metalwork of an ice box.  Metal lining inside is cracked and rusted with age.  Even though it cannot function as an ice box anymore, it would be interesting to use it as a bar for storing bottles and bar paraphernalia.  This kind of historical Japanese-origin piece was highly sought after in China after China opened to the Western World in the late 1990s; one branded and in original condition is especially important and rare today.