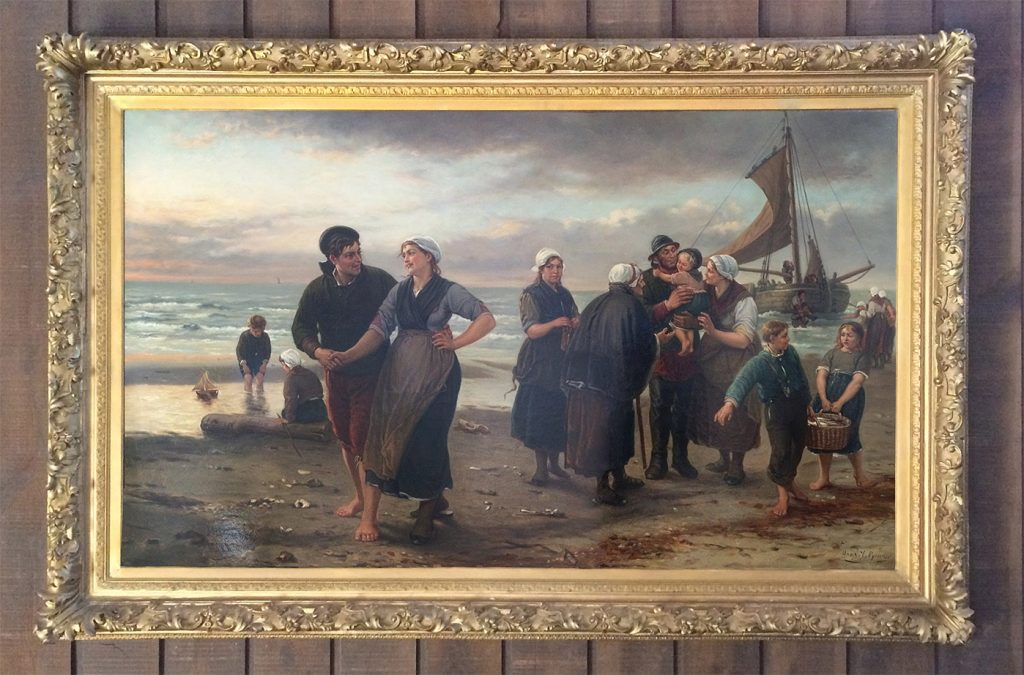 The painting depicts a reunion of fishermen greeting their families on the beach. The young woman in the foreground is with her boyfriend who has returned, but they are being watched by her mother at the group of figures.  She is knitting a sock and does not seem happy with the choice of her daughter.

A copy of this painting was shown online in 2018, stating that the original oil painting has been missing for over 25 years, with whereabouts unknown.  This was an astounding revelation to us as the original has been hanging over the fireplace in our living room for over 25 years!  We bought it from Augustine Galleries in Colorado Springs in 1993.  The gallery’s owner was originally from Amsterdam, The Netherlands.  The online copy was made by W. Hendriks, making it possible that prints of the Bource painting have been available.  The rococo frame is original.