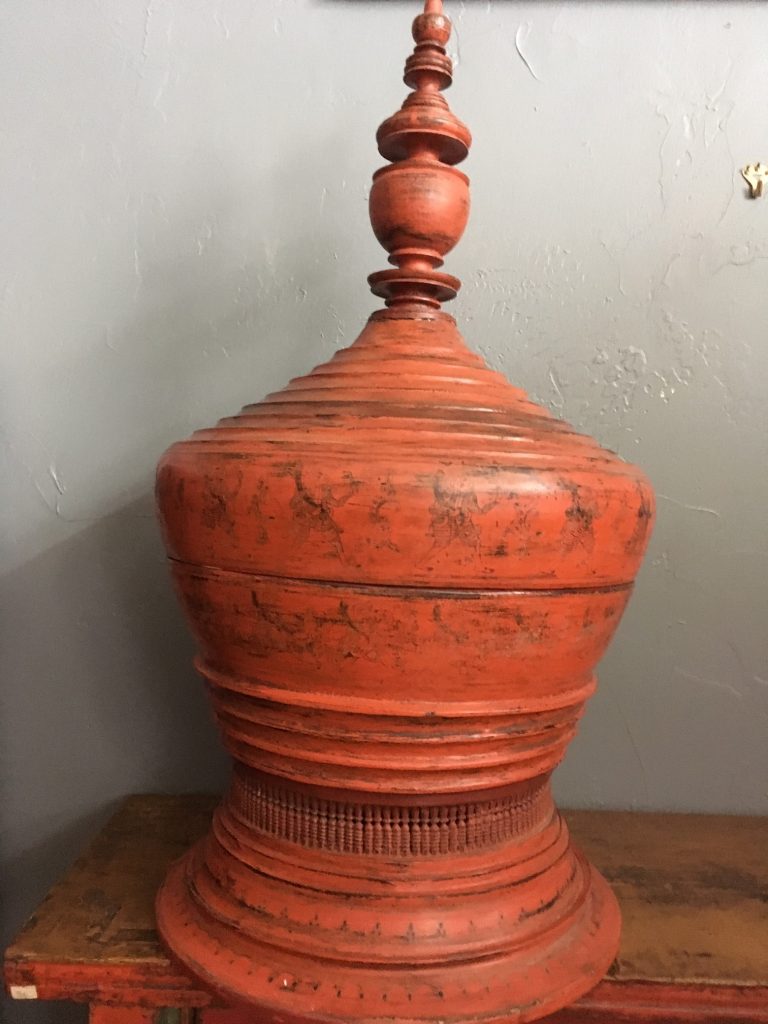 In Burma (now called Myanmar), the most graceful lacquered ceremonial vessel is the Hsun-ok (pronounced su-knock), used to carry gifts of food as offerings to the Buddhist monasteries. It is treasured by the monks and used only on very special occasions.

Made in a very time consuming process, first the body is formed of many coils of split bamboo or rattan, then numerous coats of lacquer, first black, then red, are applied. The patina with passage of time will wear down revealing some of the black lacquer giving each piece its own character. The finial is made of turned wood (usually teak), and echoes the shape of the Buddhist stupa. This vessel is finely etched with Buddhist figures and designs.