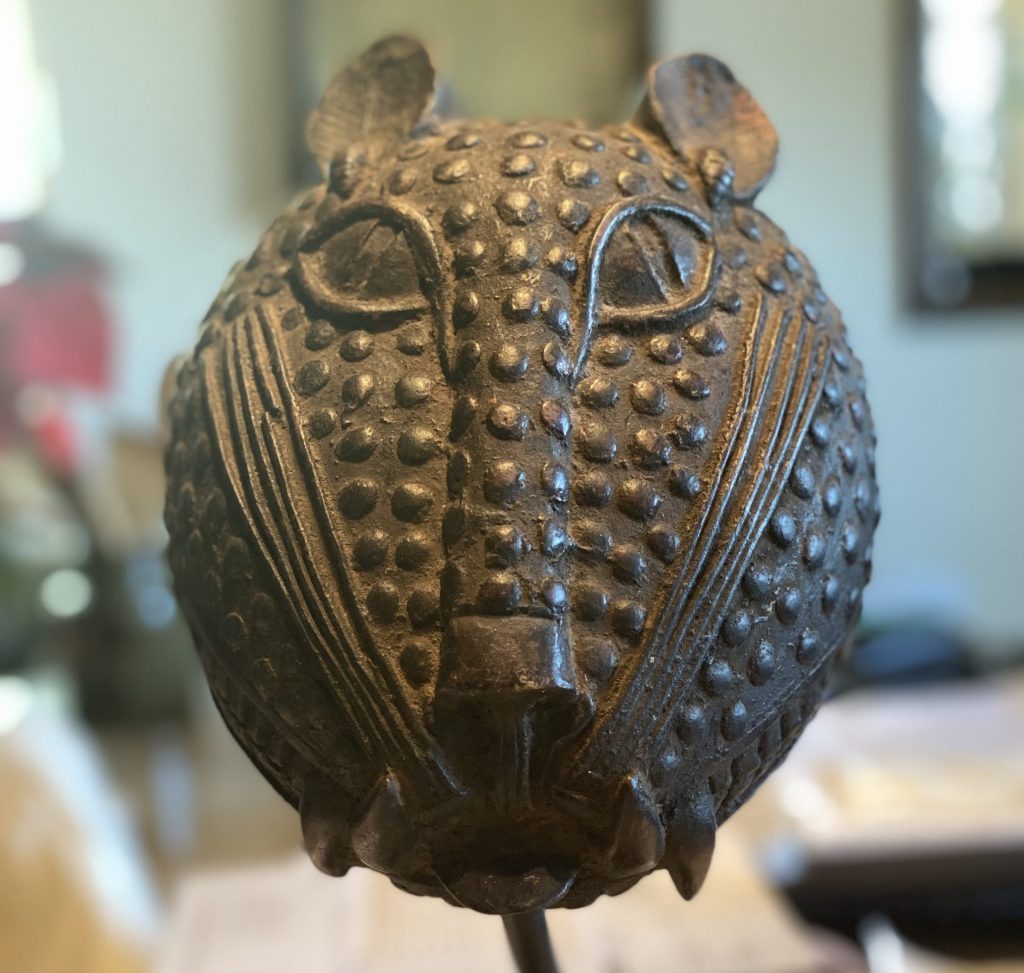 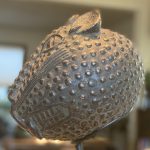 The most renowned example of Benin art is the extraordinary cast sculptures of brass. Over 1000 years ago, brass was used extensively to produce “court art”. Brass-casters held a unique position among the artisans of Benin. The ones who distinguished themselves through their work were often granted a sort of nobility.

As the ancient Kingdom of Benin lied in the tropical rain forest of West Africa, now Nigeria, the most frequently casted were animals, with the leopard depicted the most frequently. It was admired for its power, ferocity, agility, and intelligence. As “king of the forest” its reputation is as great as that of the Oba, or king. It symbolized the Oba’s authority, the loyalty of his subjects, and high status. Killing a leopard was a privilege of the Oba, who has his own leopard hunters, equipped with “special powers” which enabled them to kill these animals without losing their own lives.

A heavily carved bronze head of a leopard like one shown is possibly done by a court brass-caster over 100 years ago to represent the Oba. Brass was regarded as a semi-precious metal only the rich could afford. The somber color of bronze makes the cast-head majestic in appearance. Old leopard figures and heads are often found in a museum, African Arts section.